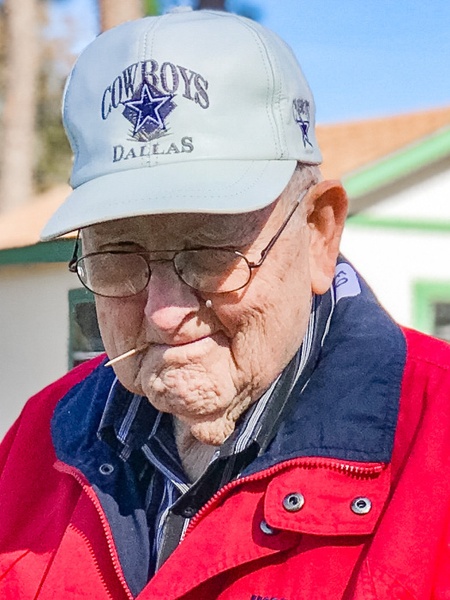 He was born on August 20, 1926 to his parents Floyd K. Brown and Maggie (Shavor) Brown. Floyd enlisted in the army in 1945 and served proudly in World War II. He moved to Quitman from Dallas in 1986 where he lived until he passed.

He is preceded in death by his wife Dorothy “Jean” Brown; his parents, Floyd K. and Maggie (Shavor) Brown; Sister, Mary Pyles; and Brother, Travis Brown.

To order memorial trees or send flowers to the family in memory of Floyd Olen Brown, please visit our flower store.