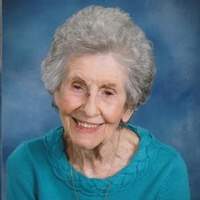 Emalee Morse Scott was born Emalee Shaw in Hainesville, Texas to the parents of Virgil Bryan Shaw and Emma Maye Shaw in 1919. She graduated Quitman High School, College of Marshall, and East Texas State Teacherâ€™s College and later received her masters degree from East Texas State University. After graduating while teaching in Quinlan, Texas she met and married John Morse, and they moved to Southern California. After the bombing of Pearl Harbor, John attended the Coast Guard Academy and was given command of a ship for the D-Day invasion. On Johnâ€™s return from England, the couple lived on the East Coast in various cities until John was discharged. At that time they moved back to Quitman where they wished to live and have a family.

Emalee taught fifth grade at Quitman Elementary School for twenty years, then retired to have some time to spend with John. John died in 1982. In 1986 Emalee married Jack Scott. Emalee and Jack had been childhood friends, and both couples had been friends before Jackâ€™s wife died. Jack died in 2000.

Emalee continued to lead an active life in Quitman. She served on the Quitman Public Library board and as a director of the Wood County National Bank. She was a member of the Delta Kappa Gamma teacher honorary and a lifelong member of the First Baptist Church of Quitman where she has for many years been the oldest member.

A service for Emalee will be held at the First Baptist Church of Quitman at two-o-clock on Wednesday, April 6th. There will be a visitation in the sanctuary prior to the ceremony at one-o-clock.

Donations may be made to the Quitman Public Library.

To order memorial trees or send flowers to the family in memory of Emalee Morse Scott, please visit our flower store.