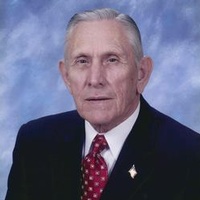 Elton was born on January 22, 1929 in Clinton, Kentucky to Cecil and Mamie Morganti and passed away March 25, 2016 at his home in Quitman, TX. He lived in Quitman two years, coming from Murray, KY. He worked in retail sales for a lighting company and was a US Army Veteran, serving in the Korean War. He was also a member of First Assembly of God in Quitman and a proud member of the NRA.

To order memorial trees or send flowers to the family in memory of Elton Ray Morganti, please visit our flower store.