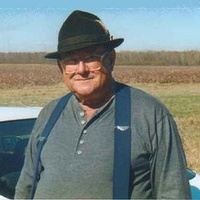 Funeral services for Edward L. (Ed) Atkinson 83 of Yantis are scheduled for 11:00 A.M. Friday, October 17, 2014, Lowe Funeral Home, Quitman. There will be no family visitation.

Ed was born July 14, 1931 in Grenada, MS. to Edward L. and Pauline Quarles Atkinson, Sr. and passed away October 14, 2014 in Quitman. He was a graduate of the University of MS and its School of Law and the Graduate Law School of Southern Methodist University where he received a master's degree in Oil and Gas Law. He was admitted to the Texas Bar in 1957 and practiced law in Texas approximately 45 years. He was a partner in the Perryton firm of Lemon, Close, Atkinson and Shearer for 27 years. After retiring from the legal practice in 1995, he raised Angus cattle on pasture land in Wood County, TX.

Ed is survived by his daughters, Emily A. Behrens and husband Dave Behrens of Albuquerque, NM and Diane Atkinson and husband, Bill Dietze of Seattle, WA, a son, David Atkinson and wife Janine, Pittsburgh, PA, five grandchildren and Georgia McLain, a close friend for over 20 years.

To order memorial trees or send flowers to the family in memory of EDWARD LAFAYETTE ATKINSON, please visit our flower store.