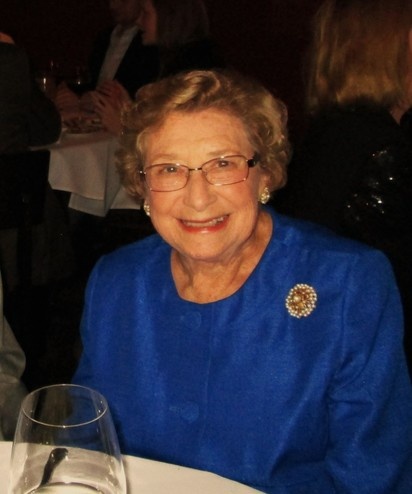 Edna Mae Jungbecker Hurley, a longtime resident of Quitman, TX, passed away Thursday, May 14, 2020, at the age of 89.  Born in the Houston Heights, on August 20, 1930, to parents Alfred and Hulda Sander Jungbecker, Edna enjoyed a happy childhood along with two sisters, Arline and Elvera, among their large extended family in Houston, Galveston, Brenham, and Shiner.

Edna was christened and confirmed at First Evangelical Church in Houston, and attended John H. Reagan High School in the Heights.  She continued her education at North Texas State University, when she met her future husband and soulmate Ken. Edna (BBS in Foods & Nutrition) and Ken (BBA in Business) graduated from NTSU, married September 8, 1951, and started their adventure together spanning over 60 years, until Ken’s passing in 2014.  Their love and devotion to each other was inspiration to all and will last forever.

Edna and Ken moved to Dallas, where Edna was already working as a hospital dietician. She set aside her career outside the home to devote her abundant energies and creativity to fulltime motherhood and homemaking. She gave birth to two daughters, Carolyn and Marilyn, whom she loved dearly, always putting Ken’s and her daughters’ needs first and providing best opportunities for them.  Following Ken’s leadership assignments with Aetna, the family moved to Waco, and then to Lubbock in the 1960s, where they lived until his retirement.  They relocated to Quitman in the 1990s, to the area near Yantis, where Ken had grown up.

Edna enjoyed playing bells in the Houston Reagan Red Coats, being a member of the National Honor Society, Glee Club, and member of Phi Upsilon Omicron.  She later worked as the floor dietician at Herman Hospital-- Houston, and Wheatland Retreat during her early years of marriage.  She taught Home Economics, Science, and English at the Junior/Senior High level while in Lubbock, as well as having active engagement often with the Texas Tech University faculty of Home Economists. Edna had many hobbies and interests, including cooking, baking, sewing, entertaining friends and family, painting, and playing games, as well as serving as a judge for Textiles & Food annually at the South Plains Fair. She loved sharing her talents and would light up a room with her beautiful smile and positive spirit.

She was a very proud and loving Wife, Mother, Grandmother, and Great Grandmother.   She is preceded in passing by her parents, husband, and sisters. She leaves behind her two loving daughters, Carolyn (Quitman, TX), and Marilyn and her husband Lonnie Lambert (Arlington, TX), and two treasured grandsons:  Adam Lambert and  his wife Katie (Houston, TX) and great-grandchildren Henry and Claire, and Ryan Lambert and his wife Holly (West Lake Hills, TX) and great grandchild Diane, as well as extended family and friends.

She will be greatly missed, but never forgotten.