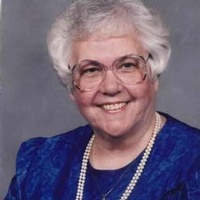 Edith was born September 28, 1927 in Paducah, TX to Herman and Maude Lee Cundiff Barnett and died April 18, 2015 at Garnet Hill Nursing Home in Wylie, TX where she had lived for the last 5 years. She worked many years in the office and accounting departments for J C Penny. Edith also lived in the Hainesville Community near Mineola for a number of years prior to her husband Billy Gene Gammons passing in 2010.

The family will receive friends one hour prior to service time at Hainesville Baptist Church, 3368 FM 49 Mineola, TX.