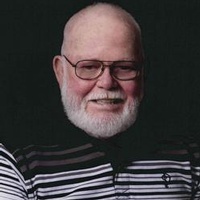 Gene was born September 21, 1940 in Moorehead, MS. to Doyle and Allie Sue Mulvihill Tackett. He passed away at his residence in Quitman September 25,2014. Gene was a salesman in Auto Sales and served his country in the United States Air Force. He is preceded in death by his parents, and a brother, Doyle Edward Tackett. Gene is survived by his wife Deirdra Tackett, Quitman; 1 son, Mike Tackett, Austin; 1 niece, Annette Kelley, and her son Christopher Kelley, Mesquite; 1 sister, Jeannette Meadows, Lucdale, MS; 4 Grandchildren and numerous nieces and nephews.