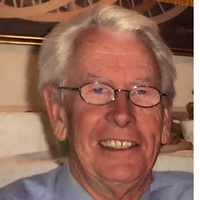 Memorial service for Dwight Wallace, 79, of Alba, is scheduled for 11:00 AM Friday, November 9, 2018 at Rock Hill Baptist Church with Brother Ken Goodson officiating. Graveside service will follow at Rock Hill Cemetery. The family will receive friends from 6-8 PM Thursday at Lowe Funeral Home.

Byron Dwight Wallace was born in Rotan, Texas on March 12, 1939 to Floyd Thomas and Era Maurice (Galloway) Wallace. He grew up in Celotex, Texas, near Hamlin, where his family attended the Baptist church. He attended and played football at Hamlin High School, graduating in 1957.

Dwight attended Texas Tech University, and also served his country in the US Air Force for 4 years, with training specializing in electronics. Following his service, he worked as a computer programmer for Texas Instruments for 30 years.

He is preceded in death by his parents, Floyd Thomas and Era Maurice Wallace, his brother Othell Wallace, sisters Inez Mixon and Iva Black, and his son Byron Dwight Wallace Jr.

To order memorial trees or send flowers to the family in memory of Dwight Wallace, please visit our flower store.