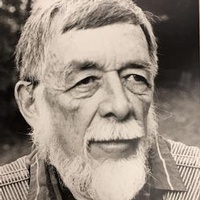 Dwight Wesley Fate was born August 1, 1929 in Fort Wayne, Indiana. He was the only child born to Dwight and Frieda Fate. He served his country proudly as a Staff Sergeant in the United States Air Force from 1951-1955. After being honorably discharged from the Air Force, he went on to receive his Masterâ€™s Degree in Forestry. He worked most of his life as a Forestry Consultant. On October 17, 1975, he married the love of his life, Dianna Fate. They moved to Mineola from Longview 35 years ago and were members at Hainesville Baptist Church.

Dwight loved the woods and outdoors. He enjoyed spending time farming and milking cows, and he was a lover of all animals, especially his dogs. Dwight also enjoyed traveling and studying the Bible.

He is preceded in death by his parents, Dwight Benford Fate and Frieda (Koldewey) Fate.

Left to cherish his memory is his wife of 42 years, Dianna Fate, and his children and grandchildren.

Aaron and Katie Little will serve as pallbearers.

To order memorial trees or send flowers to the family in memory of Dwight Wesley Fate, please visit our flower store.