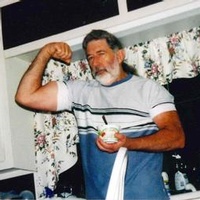 Douglas Allen Hicks, 64, of Quitman, passed away peacefully at home, surrounded by his family, on Thursday, March 8, 2018.

Douglas Hicks was born on January 29, 1954 in Dallas to David Paul and Doris (Tinney) Hicks. He graduated from Quitman High School in 1972 and joined the military afterwards. He served his country proudly in the United States Navy. On March 31, 1978 in Rockville, Maryland, he married Darlene (Peeples) Hicks. Douglas owned and worked on his dairy farm for 26 years, retiring in 2007.

A Memorial Service for Douglas Hicks will be held on Monday, 6:00 PM, March 12, 2018 at the Lowe Funeral Home Chapel with Dr. Norman Hicks officiating.

In lieu of flowers, donations may be made to the Esophageal Cancer Awareness Association or Charity Water in memory of Doug.