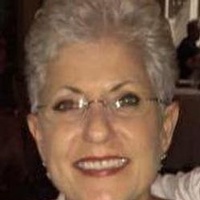 Funeral services for Doris McKinstry, 63, of Emory, are scheduled for 1:30 PM Saturday, January 7, 2017 at House of Prayer Church in Emory with Pastor Greg Halley officiating. A private family graveside will follow at Lake Fork Memorial Cemetery.

Church was her number one priority. She was a member of House of Prayer Church in Emory, and was a founding member of the HH Club. When she wasnâ€™t at church, she could be found hunting, fishing, quilting, or raising chickens. Doris enjoyed spending time in her garden with her husband, C.T. Almand. She was an amazing cook, loyal friend, and loved spending time with her family.

She is preceded in death by her parents, two brothers, one sister, and one son, Clifford Jerrell Tyson.

To order memorial trees or send flowers to the family in memory of Doris McKinstry, please visit our flower store.