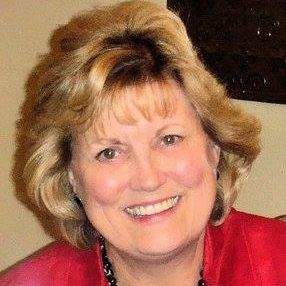 Donna Kaye Rauner February 3, 1950 – March 16, 2021 On Tuesday, March 16, 2021, Donna Kaye Rauner passed away unexpectedly with her husband by her side. Born in Dallas on February 3, 1950, Donna lived in the surrounding Dallas area until moving to Holly Lake Ranch in East Texas. She was a 1968 graduate of Kimball High School and received an Associate Degree in Nursing in 1978 from El Centro Jr. College. As a Registered Nurse she furthered her education in Advanced courses for Medical Coding. During her 40 year career, she was employed at Baylor in Grapevine and Christus Trinity Mother Frances Hospital in Tyler, Texas. After retiring she returned for a period to do private nursing at Holly Lake Ranch. Nursing was the perfect career for Donna. She always wanted to help those in need and looked for the positive in others. Words such as loving, nurturing, giving, caring, compassionate, sympathetic, trustworthy, and generous are always used when describing her. One of Donna’s earlier volunteer positions was as a Girl Scout Leader for her daughter’s Troop. Which her daughter fondly remembers and is carrying on the tradition by being a Leader for her daughter’s Girl Scout Troop. More recently, during the Covid pandemic Donna provided meals for those families needing support. As a volunteer with Hawkins Helping Hands, she collected and purchased items throughout the year for distribution during the Holidays. When not being a caregiver and helping others, Donna enjoyed her weekly gatherings to play cards with friends. There was also her love of the frequent Ocean Cruises and the occasional gambling trips, which always included her family and friends. During her numerous cruises, she established relationships with many of the island families that she met. If you knew Donna, you would understand. She never knew a stranger.  In the recent years, her passion for jewelry came out with her ‘Donna’s Dangles’ custom jewelry designs. Which she gifted more than sold. Because as the giver that she was, she would gift the jewelry to someone that she felt would bring happiness. Foremost and always Donna dedicated herself to her family, friends and the acquaintances in her life. She was a cherished Mother,” Nena / Nana”, Daughter, Wife, Sister, Cousin, Aunt, and friend to the fullest extent. All those that knew Donna felt blessed for the time spent with her. Those memories bring comfort in the days ahead. Donna is survived by her husband of 27 years Norm D. Rauner; son, Justin Tankersley; daughters Shannon Scott and Katherine Bush; stepson Mark Rauner; grandchildren Jack, Nathan, and Lance Damaske; Preston and Madison Scott; Adam Jr and Sophia Behar; and Jarrod Bush Jr.; mother Shirley Ann Miller; sisters Barbara Ball and Sherry Vitovsky; brother John Michael Miller. Donna was preceded in death by her father Donald B. Miller and stepson Kevin Rauner. She will be dearly missed by her many nieces, nephews, and cousins. The Family requests that in lieu of flowers and gifts, that you please donate to a charity that is close to your heart.  A memorial service will be held May 8TH from 2-4PM @ Holly Hall, 220 Holly Lodge Circle, Holly Lake Ranch, Texas 75765.  Those wishing to attend will need to gain access by signing in at the Security Station located on Holly Trail East.
To order memorial trees or send flowers to the family in memory of Donna Rauner, please visit our flower store.