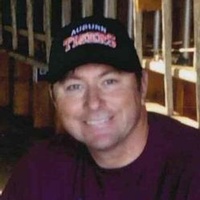 Donald Bryant Lawson, 45, of Emory, passed away July 9, 2016 in Quitman. He was born May 15, 1971 in Santa Clara, CA to Nathan Bryant and Barbara Jo Capron Lawson. Don lived most of his life in Reno, Nevada and moved to Emory in 2014. He was a sales director for the oil and gas industry, attended Lake Fork Baptist Church, and was a US Air Force Veteran.

Don was a member of ION Jiu-Jitsu Family in Sulphur Springs and was an instructor for children, and also obtained a degree of purple belt in Brazilian Jiu-Jitsu.

A memorial service will be held at a later date.