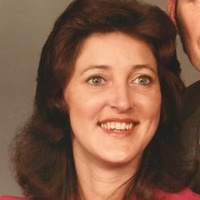 Funeral service for Deborah Sherene Jordan, 64, of Yantis, are scheduled for 3:00 PM Sunday, November 27, 2016 at Lowe Funeral Home with Father Victor Hernandez officiating. Burial will follow at Yantis City Cemetery. The family will receive friends from 6:00 - 8:00 PM Saturday evening at the funeral home.

Deborah Sherene Jordan was born September 23, 1952 in Houston. She was the daughter of Oscar and Irma (Neitman) Wanke. In 2001, she moved from Deer Park to Yantis. She was very good at crafting, running Crafts By DJ out of her home while living in Deer Park. After moving to Yantis, she and her husband opened Jordan's Coffee Creek Marina.

Deborah's favorite holiday was Thanksgiving. She went to be with the Lord on Thanksgiving Day, November 24, 2016.
She is preceded in death by her parents; husband, Albert Ray Jordan; and brother, Jimmy Wanke.