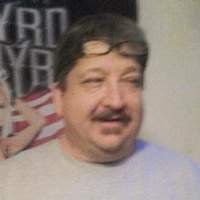 David had a love for all music, especially classic rock and roll. He loved to play his guitar and drums, and could play almost anything by ear or by attending concerts and watching the guitarist play. David also enjoyed watching movies and going fishing, but most of all, he loved to laugh and make others laugh. He was a goofball and could put a smile on anyoneâ€™s face.

David was a wonderful husband, father, grandfather, and friend, and will be severely missed by his family. His children and grandchildren were the light of his life and he loved them more than anything.

He was preceded in death by his grandson, Dylan McKay Reynolds.

A memorial service for David will be scheduled at a later date.

To order memorial trees or send flowers to the family in memory of David Randolph Huffman, please visit our flower store.