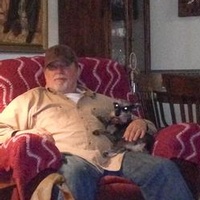 David Scott Gordon was born on August 16, 1949 to Robert Franklin and Grace (Graham) Gordon. He served his country proudly in the US Army during Vietnam, and later worked as a Data System Analyst for the VA. David only lived in Quitman for three weeks, moving from Kyle, TX. He was an avid hunter and loved motorcycles.

He is preceded in death by his father, Robert Gordon.

Services for Mr. Gordon will be held in Austin at a later date.