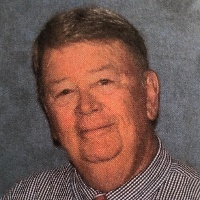 David â€œKentâ€ Askins, 75, of Yantis, Texas passed away peacefully at his Lake Fork home that he cherished surrounded by family on, Saturday, July 20, 2019. His valiant battle with cancer is no more, and we find comfort in our certainty that he is enjoying his days already in the presence of the Lord.

A memorial service will be held Wednesday, July 24, 2019 at St. Dunstanâ€™s Episcopal Church in Mineola, Texas at 10 a.m. The church will host a fellowship reception that the family would like all to attend afterwards to celebrate his life. There will also be a graveside service and internment the following day on Thursday, July 25, 2019 at 10 am in the Blair Community of Timpson, Texas at Dixon Cemetery. A fellowship reception for all family and friends will follow this service as well. In keeping with Davidâ€™s wishes, the family is requesting donations be made to Lufkin High School Alumni Fund in lieu of flowers. He was an avid Lufkin Panther until the end!

Kent, as he was known in his early years, was born in a devoted Christian home that treasured family to Josephine â€œAliceâ€ Zorn Askins and James Mark Askins on August 5,1943 in Lufkin, Texas. They were devoted and loving parents who raised him his entire life at 805 Ellis Avenue in Lufkin and preceded him in death. He was the youngest of four children born to Alice and Mark. Being the youngest, he was often terrorized by older brothers with actions like strapping him to a vacuum cleaner and racing about the house causing a lifelong fear of vacuums, but he loved his brothers dearly. They enjoyed many years and built precious memories together in childhood and adulthood before James Allan â€œSonnyâ€ Askins and Joseph â€œMichaelâ€ Askins preceded him in death. He also adored his oldest sister, Joanne Askins Mulligan, whom he shared a love of music along with his father. Joanne introduced him to the worship style of the Episcopal Church leading to the denomination he loved to serve and worship in the remainder of his life. She also preceded him in death.

His years growing up in Lufkin were very fond memories for him. He has had many childhood and high school friends checking on him through this illness. This has been a huge blessing to him as well as his family. Once you became a friend of his, you NEVER left his life. After graduating from Lufkin High School, Askins served in the U.S. Army in Communications in Verdun, France during the Vietnam conflict. He was honored with Soldier of the Year and other honors for his during this five-year span. While overseas, he made it his personal mission to visit every National Cemetery to honor those who gave the ultimate sacrifice.

After honorable discharge from active duty, he moved back home to enroll at Stephen F Austin University in Nacogdoches. He was a loyal Lumberjack till the end. While at SFA, he met the love of his life, Regina Ross Askins. After a short courtship, they married and made their first home at the Star Apartments on campus while Kent worked two jobs to put both he and â€œRegâ€, as he called her, through college. They celebrated 51 years of marriage together and she survives him. They also begin their family on Star Ave. Their daughter Laura Askins Driver and husband Clark of Quitman, Texas and son Jeffrey Christopher Askins and wife Chantelle of Austin, Texas both survive him. He was a steadfast, proud and loving father that will be greatly missed. After graduating from SFA, Reggie and Kent made their home in Lufkin, where he became a police officer and detective with the Lufkin police force. These were his happiest working years. His partner and friends there always held a special place in his heart. He then made a move to Beaumont, Texas as a criminal investigator with the Department of Human Services, from which he retired. During his time in Beaumont, he decided to be called David instead of Kent. He also took on the name of Master Sarge during his 25 years of U.S. Army Reserve service, retiring at the rank of Master Sergeant. He then became a lifelong active member of the American Legion. His Winnsboro Post #340 will serve as honorary Pall Bearers at his memorial service.

Family was important to him and he had a keen interest in genealogy. He managed to work into EVERY conversation with EVERY person he met that the Askins came to Texas in the late 1820â€™s and settled on the Atoyac River Basin in the Blair Community of Timpson. According to them, they were involved in every military conflict since the beginning of time. In addition, he found someone he was related to everywhere he went. Once you met him, you couldnâ€™t forget him. And if you were family, you were special. One of his proudest family moments was earning the title â€œPapaâ€. He was extremely proud of his three grandchildren whom he loved spending time with more than anything. He is survived by Zachary Cole Driver of Washington, D.C., Madeline Clarke Driver of Quitman, and William Reid Askins of Austin.

His friendships spanned 75 years of loving life, he was passionately loyal to his church, family, and friends. It was so easy to form a close relationship with David. His son-in-law Clark quickly became a second son before Laura and Clark even married. â€œDaveboâ€ was the infamous nickname coined by Clark during their fishing days. Their fishing adventures spanned thirty years with every type of fishing from saltwater to trout fishing at Beavers Bend, OK and the White River of Arkansas. Of course, he loved to frequent those baited crappie spots on Lake Fork too. The duo shared lots of well embellished stories of their adventures together that entertained many! He loved every chapter of his life. David was a man of many talents and loves, and it goes without saying, he always had the tools to support what his family called the many passions of the â€œHobby King.â€ His time hunting at his beloved deer lease in Woodville was very precious to him as well, where he went by yet another nickname, â€œBaby Brother.â€ His friends there were considered family to him.

Always the optimist, always singing or whistling, even in the face of lifeâ€™s many obstacles, David kept his cheerful spirit and humor. He shared his deep voice, singing with gusto, often accompanied with his guitar and had a love of woodworking as well. His birdhouses adorned many places, including his church, St. Dunstan. His fishing, hunting and law enforcement tall-tales entertained many, whether the setting for telling these stories was appropriate or not.

A true Texan to the end, he was a diehard supporter of the Texas Longhorns, the Houston Astros and especially the Dallas Cowboys. He loved life, people, lots of food, and fun. He let this be known. His strong conservative political beliefs were more than just an opinion to him, they were his mantra.

Our lives are so much richer because of him.

Dixon Cemetery
To order memorial trees or send flowers to the family in memory of David Kent Askins, please visit our flower store.