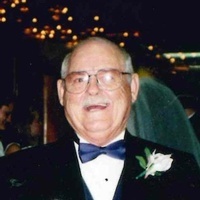 Dalton Jack Lee was born April 29, 1930 in Romayor, Texas to Robert Henry and Vilena (Barrow) Lee. Jack served his country proudly in the US Air Force during the Korean conflict and was a Staff Sergeant. After being honorably discharged, he went on to receive his BA in Accounting and worked as a mortgage banker for many years before retiring. On August 12, 1972 he married Barbara Kissam in Memphis, Tennessee. The two moved to the Dallas area in 1990 and moved to Holly Lake Ranch in 1993. Jack was a member of Holly Tree Chapel and the Menâ€™s Golf Association. Jack was an avid golfer and could always be found on the golf course.

Jack is preceded in death by his parents, Robert and Vilena Lee; and one brother, Robert A. Lee.

Graveside service for Jack is scheduled for 2:00 PM Saturday, January 26, 2019 at Holly Tree Cemetery in Hawkins with James Spurgeon officiating.