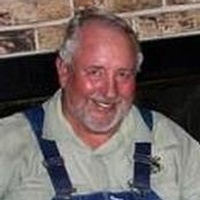 Services for Curtis Lynn Bailey, 67, Wagoner, OK are scheduled for 2:00 PM Sunday, August 18, 2013 at Lowe Funeral Home Chapel of the Chimes in Quitman. He passed away August 14, 2013 in Wagoner, OK. Curtis was retired as a parts warehouseman for GM in Dallas for 30 years.

To order memorial trees or send flowers to the family in memory of Curtis Lynn Bailey, please visit our flower store.