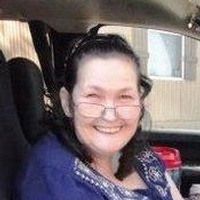 Funeral services for Mrs. Connie Lynn Sewell Trussell are scheduled for 10 AM Thursday March 21, 2013 at Lowe Funeral Home Chapel in Quitman with Rev. Merle Parker officiating. Mrs. Trussell died Tuesday March 19, 2013 in Tyler. She was a Baptist and lived most of her life in Mineola. She was preceded in death by her parents, Aaron Edward, Jr. and June Coggins Sewell.

The family will receive friends from 6 to 8 PM Wednesday evening at Lowe Funeral Home in Quitman.

To order memorial trees or send flowers to the family in memory of Connie Lynn Trussell, please visit our flower store.