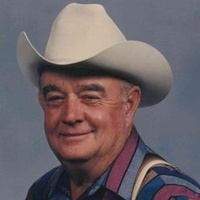 Cline was born May 14, 1931 in Wood County to the late William Owen and Edna Spigner Wright and passed away May 24, 2015 in Quitman.He served 24 years before retiring from the Dallas Police Department. He served in the US Navy 4 years during the Korean War and was a Past Master of East Dallas Masonic Lodge 1200 and Yantis Lodge 382.
He is also a Past Patron of Quitman Eastern Star Chapter.

He was preceded in death by his parents; brothers Thomas Ray and Harold Lee Wright and grandson Michael Jason Wright.

In lieu of flowers, contributions may be made to Myrtle Springs Cemetery Assoc., Quitman or Hearts Way Hospice of Winnsboro.