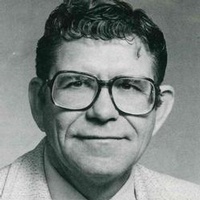 Memorial service for Charles Mack Taylor, 83 of Quitman, is scheduled for 10:00 AM Saturday, September 2, 2017 at Myrtle Springs Baptist Church with Brother Fred Morrow and Brother David Cook officiating. The family will receive friends following the service.

Charles Mack Taylor was born in Wood County on March 20, 1934. He was the only son of Owen W. and Martha Sue Taylor. Charles grew up in Wood County and after attending college became a Banker. He worked for Garland Bank and Trust for 20 years before working a few years for First National Bank of Atlanta, and eventually retiring from First National Bank of Winnsboro. Charles and his wife, Mary, moved to Quitman in the early 90â€™s. In 1998, Charles was saved and baptized, and a few years later became an ordained Deacon at Myrtle Springs Baptist Church.

Charles loved the outdoors. He was an avid hunter and fisherman and taught his kids how to hunt and fish. He enjoyed taking frequent walks through the neighborhood and also loved football. During football season, he could be found sitting in front of two TVâ€™s watching two games at once.

Charles was a dedicated Christian, devoted husband, and a loving father, grandfather, and great grandfather.