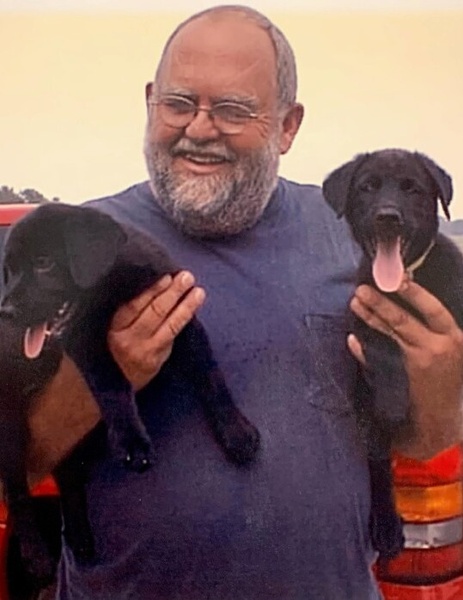 Charles Morgan was born in Gorman, Texas on August 19, 1939 to the late Lester and Pauline (Beck) Morgan. He entered the US Army in 1961, marrying his one love, Vicky Joan (Morris) Morgan, between basic training and deployment to Fairbanks, Alaska. After his military service, he successfully achieved his Bachelor in Architecture from Texas Tech in 1968, moving to Dallas, where he would spend the majority of his career. He was an architect and project manager for Steak and Ale restaurants for over 15 years, before operating his own successful construction company for another 15 years. He and Joan moved to Quitman in 1998, where they enjoyed many adventures on their Harleys. Charles was also an accomplished woodworker. Additionally, he enjoyed volunteering with APET SPCA in Mineola, acting as secretary and treasurer for several years. He was a member of Harley Owners Group of America and the American Institute of Architects.
He is preceded in death by his parents, Lester and Pauline Morgan.
Left to cherish his memory is his wife, Joan Morgan of Quitman; daughter, Kristin Morgan of Dallas; sister, Katherine Hugg of De Leon; and many extended family members, friends, and several pets.
In lieu of flowers, please consider making a donation in memory of Charles to APET SPCA in Mineola, TX.