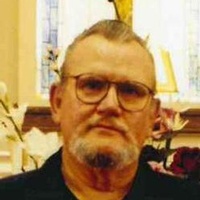 Funeral services for Mr. Charles Perry Hardy, 78 of Quitman, TX formerly of Lufkin are scheduled for 3 PM Thursday February 11, 2016 at the Lowe Funeral Home Chapel in Quitman with Brothers Tommy Hamm and Kirby Vardeman officiating. Service will be followed by burial at Myrtle Springs Cemetery near Quitman with Military Honors.

Charles was born October 20, 1937 in Nacogdoches, TX to Benjamin Perry Hardy and Beatrice McKenzie Hardy. He was raised in the Lufkin area and was a 1956 graduate of Hudson High School. After graduation, he served in the U. S. Military serving in both the Marines and Army from 1957 to 1966. Charles served in the 82nd Airborne Division as a paratrooper in Vietnam.

Mr. Hardy also had a love of sports and fishing. He was on the U.S. Fishing team from 1977 to 1979 competing twice in Cuba. He also coached the 1984 Dixie World Series baseball team from Texas in Augusta, GA. On August 12, 2000 he surrendered his life to the Lord in Baptism.

Visitation will be held on Wednesday evening from 6-8 PM at Lowe Funeral Home, Quitman.

To order memorial trees or send flowers to the family in memory of Charles Perry Hardy, please visit our flower store.