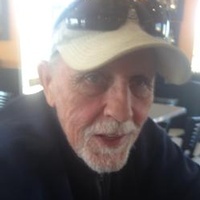 Charles Everett Duncan Jr. was born in Oklahoma City on February 27, 1944 to Charles Duncan Sr and Anna Duncan. He worked as a salesman for Izod and was a director of Boys and Girls Club. Charlie was also a member First Baptist Church Yantis.

Charlie went to be with the Lord Saturday morning, December 17, 2016.

In lieu of flowers, please make donations in memory of Charlie to Hospice of East Texas.