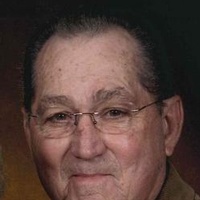 A memorial service for Charles Harris Denson, 80, of Yantis, is scheduled for 2:00 PM Saturday, September 24, 2016 at the First United Methodist Church in Quitman with Dr. Dick White officiating. The family will receive friends from 4-6 PM, Sunday, September 18th at Lowe Funeral Home.

Charles was born August 12, 1936 in Ft. Worth to Percy Orr Denson and Julia Cora (Kelly) Denson and passed away September 15, 2016 in Tyler. He served in the US Army 49th Armored Division. He moved from Ft. Worth to Yantis in 1998 and was a member of the First United Methodist Church in Quitman.

He is preceded in death by his parents
.
He is survived by his wife Carol Ann (Hill) Denson of Yantis; 1 son, Charles Denson, Jr. of Arlington; 3 daughters, Christi Denson of Ft. Worth; Cory Denson of Carrollton; Cindy (Denson) Graham of Sulphur Springs; 1 brother, Donald Orr Denson of Mountainburg, Arkansas; 6 grandchildren and 5 great-grandchildren.

In Lieu of flowers, donations may be made to:

To order memorial trees or send flowers to the family in memory of Charles Harris Denson, please visit our flower store.