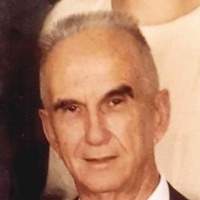 Funeral service for Charles Ray Brewer, 87, of Quitman are scheduled for 3:00 PM Saturday June 4, 2016, at Lowe Funeral Home with Reverend Lanny Bridges officiating. Burial will follow at Roselawn Memorial Gardens in Mineola. The family will receive friends one hour prior to the service.

Charles Ray Brewer was born December 12, 1928 in Quitman to John and Susie Brewer and passed away June 2, 2016 in Tyler. He lived in Decatur, GA for 15 years before moving back to Quitman in 1988. Charles retired in 1988 from International Harvester where he was an accountant. He also served in the US Army and was a member of First Baptist Church in Quitman.

He is preceded in death by his parents; first wife, Maybess Brewer in 1995; second wife, Martha Brewer in 2015; one sister, Doris Wirsing; and son-in-law, Ron Baker.

To order memorial trees or send flowers to the family in memory of Charles Ray Brewer, please visit our flower store.