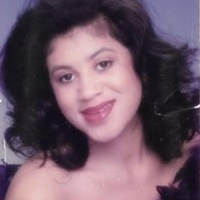 Celina Michelle Durst age 42 passed on Wednesday, March 20. 2019. She was born in Fort Worth, Texas on October 16, 1976. She grew up in the Shiloh Community of Quitman, Texas and began her schooling at Doodley Childcare Center. She attended Quitman Elementary, Junior High and High School and enjoyed playing T-ball during her early childhood days and volleyball in high school. Celina was also a Brownie and a Girl Scout. After she graduated from Quitman High School in 1995, she attended Northeast Texas Community College and eventually Texas College in Tyler, Texas.

Celina became a member Brocks Chapel United Methodist Church at an early age. She was an usher and an original member of Brocks Rocks, the youth choir. One of her favorite church activities was the Annual Christmas Program in which she was an active participant for many years.

Celina had a giving heart, and she loved life. One of her signature trademarks was pulling the ears of others with delightful glee. She enjoyed swimming, shopping, going to the movies, and listening to music.

Funeral service for Celina is scheduled for 11:00 AM Saturday, March 23, 2019 at Brock's Chapel United Methodist Church in Quitman with Pastor Clara Jean Gilbert-Love officiating. Viewing will be held one hour prior to service. She will be laid to rest at Mt. Shiloh Cemetery.