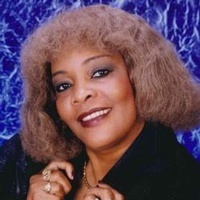 On August 6, 1955, A. D. and Eugenia Berry welcomed the arrival of a baby girl they named Cathey Sue, the youngest girl of seven children. (Cat) grew up in Quitman, Texas. She attended school at W. B. Clark and later, Quitman Elementary and High School.

Cathey joined Brocks Chapel United Methodist Church under the leadership of Reverend A. W. Lankford. She served on the youth usher board and later joined the choir.

Cathey worked at the Heritage Nursing Home as a nurses aide; opened a car detail shop called Cats Car Wash. After moving to Waco, she opened a seafood restaurant "Mr. Fish". She also did housekeeping, and worked at various sewing factories.

She is preceded in death by her parents, one sister and three brothersand by a beloved friend, Willie Waits, Jr.

To order memorial trees or send flowers to the family in memory of Cathey Sue Berry, please visit our flower store.