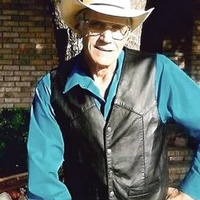 Bruce was born January 28, 1953 in Akron, OH to Harold and Barbara Van Horn. Bruce moved to Quitman from Phoenix, AZ in 1975. He worked as a carpenter in residential construction and was a Baptist.

He is preceded in death by his parents; wife Phyllis Kay Van Horn and one grandchild Gregory Cain Henderson.

To order memorial trees or send flowers to the family in memory of Bruce Harold Van Horn, please visit our flower store.