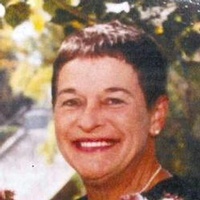 Funeral services for Ms. Brenda Smith Eberhart, 79, Frisco, formerly of Holly Lake Ranch are scheduled for 1 PM Saturday, November 8 at Holly Tree Chapel. There will be no family visitation.
Brenda was born March 24, 1935 to Thurston and Beulah Royer Smith in Toledo, OH and died October 30, 2014 in Frisco, TX. She was a homemaker as well as working in retail at the Dallas Apparel Mart. Brenda was preceded in death by her husband, George M. Eberhart in 1999.
She is survived by 3 Sons; Doug Eberhart and his wife Terry of Houston, Jeff Eberhart and his wife Diane of Southlake, and Greg Eberhart and his wife Deena of Quitman; daughter Heidi Kuchta and her husband Robert of Frisco; 7 Grandchildren, Josh Eberhart, Andrew Eberhart, Adam Eberhart, Michael Eberhart, Mason Eberhart, Baylee Eberhart and Tyler Kuchta.