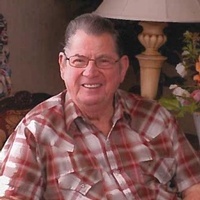 Bobby â€œDaleâ€ Phelps (82) passed peacefully from this life the morning of October 23, 2017 after a gradual decline in health. He was surrounded and supported by his loving family and caregivers during the last days of his life. Dale was born February 28, 1935 in Ashdown, Arkansas. After raising their children in Mansfield, Texas, Dale, and his wife Brenda, moved to Quitman, Texas in 1983. Dale retired from Quitman Independent School District. He moved to Baytown, Texas in 2015.