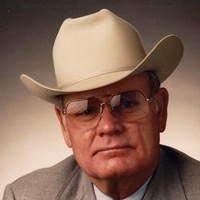 Funeral services for Bobby M. (Bob) Nolan are scheduled for 11:00 A.M. Tuesday, June 17, 2014, at Lowe Funeral Home Chapel of the Chimes, Quitman with Reverend Grady Moore officiating. Burial will be in Sunset Memorial Park in Gilmer under the direction of Lowe Funeral Home Quitman. Mr. Nolan died June 14, 2014 at the home of his son, Robert Nolan in Wylie, TX.

Bob was born September 1, 1931 in the Rhonesboro Community, west of Gilmer. He attended Harmony and Gilmer schools and Kilgore College. He was in the United States Air Force during the Korean Conflict and was a Texas Highway Patrolman for 10 years. At the time of death he was a retired Security Supervisor for Texas Eastman Co. in Longview, and was a member of New Heights Baptist Church in Wylie.

To order memorial trees or send flowers to the family in memory of Bobby Merritt Nolan, please visit our flower store.