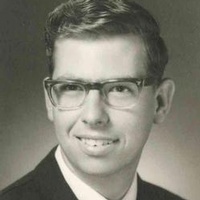 Bobby was born March 9, 1949 in Winnsboro to the late James Robert and Audrey Usrey Jackson and passed away in Quitman, July 21, 2015. He was a truck driver for General Motors and a member of the Flora Masonic Lodge, Quitman. Bobby moved from the Dallas Area to Wood County in l980. He is preceded in death by his parents, and a sister Eva Jackson in 1990.

He is survived by his wife Dora Jackson, Quitman; 2 daughters, Elizabeth Jackson and Beth Renfro both of Quitman; 1 sister, Linda Bradshaw, Quitman and 2 grandchildren.

To order memorial trees or send flowers to the family in memory of Bobby Keith Jackson, please visit our flower store.