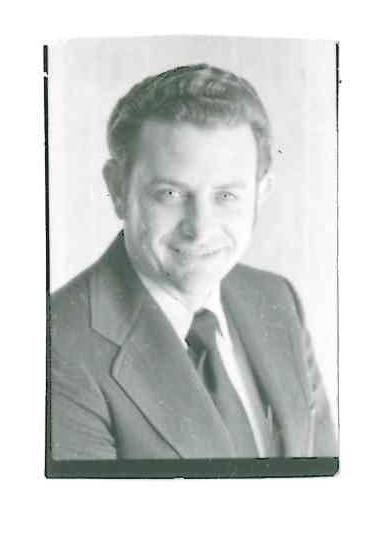 Bobby Anderson, 83, beloved Husband, Father, and Grandfather, was called to his eternal resting place on January 6, 2020. He entered this world on August 1, 1936 in Durant, OK, born to Charlie and Florence Anderson. He moved from California to Quitman, TX in 1998.  He is survived by his wife, Beverly, Daughters Tresa (Dave) Wilkinson and Kim Anderson, 3 Grandchildren, Joel and Andy Wilkinson and Anderson Rose and 6 Great Grandchildren. A public viewing will be held on Friday, January 10, 2020 at Lowe Funeral Home Chapel of the Chimes from 5:00pm to 7:00 pm.  A Private family graveside service will be held on Sunday, January 12, 2020 at 10:30 am.     Friends are encouraged to stop by for A Celebration of Life will be held on Sunday, January 12, 2020 at 1:00 PM – 3:00 PM in the Anderson home.

Bobby Anderson was the consummate man, Honor, Integrity, Love and an unconditional fairness to all would be a brief description of his unwavering character.  Bobby was a man who faithfully lived his values. He accepted and excelled at all things a father could be expected to do, he was the forever teacher of all things to his family. His method was simple. He taught by example. At any age, when faced with an ethical dilemma, after reflection, study, or even rationalization, a child raised in Bobby Andersons home will find herself coming back to one simple question. What would Dad do? His example of moral character is the foundation for his children and grandchildren to live, and succeed while maintaining ethics and dignity in today’s world.

It was not in Bobby’s nature to let another man down. He fulfilled the obligations he undertook. His word was his bond, and everyone knew it. He never condoned lying or intentional deception.

Bobby Anderson was a self-made and self-reliant man. From his education to his career, from his skill with every kind of tool that could fashion wood, metal, brick or cement, he engaged with the world as a man who would master its challenges. He relished the good things in life, travel, photography, food and the occasional adult libations with family and friends. Bobby was never stingy. Though he was a child of the Depression who understood the value of a dollar and the importance of saving, the generosity he expressed with his money matched his generosity of spirit.


As he was one who loved entertaining family and friends, it was appropriate he impart this passion upon his daughter, teaching her the perfect portions to make his Gin and diet Shasta/ Diet Pepsi at a very young age.  Even with the obvious enjoyment of the fellowship achieved over a good drink, Bobby would never allow over indulgence to cause him embarrassment. He was responsible in word, deed and action, until the very end.

Bobby loved a good joke, including every imaginable kind of politically incorrect joke. He saw the humor in life’s circumstance.  Yet his humor was never mean spirited, nor designed to hurt or humiliate. He  would never condone judging anyone with regards to race or station in society. Everyone should be treated with respect and kindness.

Bobby loved Beverly with every bone in his body. He had an unflagging support for her personal development in her career and in life. He seemed to create the perfect balance creating a beautiful childhood for his girls that today seems like a lost American dream.

To order memorial trees or send flowers to the family in memory of Bobby Anderson, please visit our flower store.