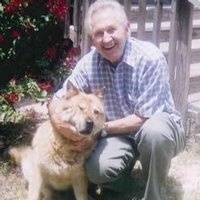 Billy was born August 16, 1938 in Opp, AL to the late Leon and Maxine Terrell Werline and passed away Thursday, February 26, 2015. He served his country in the United States Air Force and was self-employed. He is preceded in death by his parents; 3 brothers, Robert, Homer and Lawrence Werline and a sister, Sue Davis.

He is survived by his wife of 23 years Magdalen Werline, Robinson, TX; 2 nieces and 7 nephews.