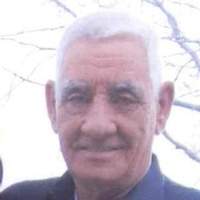 Funeral services for Billy Jack Howle 68, Yantis are scheduled for 2:00 PM Sunday, January 24, 2016 at Lowe Funeral Home, Chapel of the Chimes. Visitation will be Saturday, January 23 from 6-8 PM at Lowe Funeral Home.
B. J. was born October 12, 1947 to Jewel and Sally Howle and died January 21, 2016 at his home in Yantis. He was self-employed as a building contractor.
He is survived by his wife Sondra Howle; 3 daughters, Darla Helm of Red Oak; Sheila Kay of Ft. Worth and Lisa Howle of Yantis; 1 brother, Freddie Howle of Centerville and 1 sister, Debbie Sue Landers of Sulphur Springs. 5 grandchildren and 7 great-grandchildren.

To order memorial trees or send flowers to the family in memory of Billy Jack Howle, please visit our flower store.