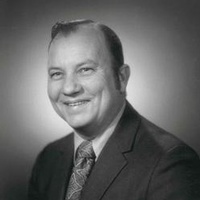 Billy C. Crump, loving father and brother, went to be with his precious Lord and Savior, Jesus, on Monday May 30, 2016.

Born in Sibley, Louisiana on June 28, 1928, he moved to the Texas City area as a teenager. After marrying the love of his life, Janiece, they lived in numerous places around the country while he worked as a pipefitter. He was drafted during the Korean War and stationed in Trieste, Italy. After his time of service, he decided to use the GI bill to get a degree in science and engineering from the University of Houston and an MBA from Texas Christian University. He worked briefly at LTV and Boeing before spending most of his career at Kodak in both Rochester and Lubbock. He retired from there and enjoyed his favorite hobbies: fishing, traveling, and reading. He loved spending time with his family and friends.

He lost Janiece in 2013 and moved to Quitman shortly thereafter. He was the oldest of four siblings and his two brothers, John â€œBoâ€ Crump and Thomas Crump preceded him in death.

He is survived by his son and daughter-in-law, Stanton and Suzannah Crump; daughter, Becky Crump; granddaughter, Morgan Crump; and sister, Mamie Dudley.

A memorial will be planned for a future time.

In lieu of flowers, the family requests that you make a donation to your favorite charity.