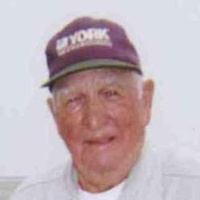 Billy Gene Bridges, 88 of Quitman, TX passed away peacefully in his sleep on Wednesday, November 11, 2015, to be with his Lord and Savior Jesus Christ.

Bill was a wonderful husband, father, grandfather and friend who will be missed by many. We look forward to a grand reunion in Heaven.

To order memorial trees or send flowers to the family in memory of Billy Gene Bridges, please visit our flower store.