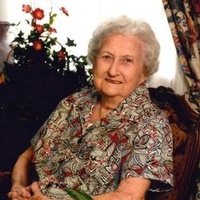 Funeral service for Bennie Lou Bailey, 97, of Quitman, are scheduled for 2:00 PM Saturday, January 14, 2017 at Lowe Funeral Home with Brothers Fred Morrow and Don Vaughn officiating. Visitation will be held one hour prior to the service.

Bennie Lou was born in Quitman March 31, 1919 to Henry George Willingham and Rachel Caroline (Meadows) Willingham. She attended elementary school in the Dallas area but lived in Quitman most of her life. Bennie was a seamstress and a homemaker. She was a member of Clover Hill Baptist Church. Bennie passed away on Thursday, January 12, 2017 in Quitman.

To order memorial trees or send flowers to the family in memory of Bennie Lou Bailey, please visit our flower store.