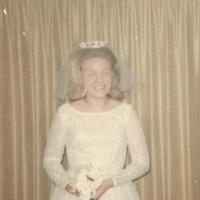 Annette Long was born April 17,1945, in Quitman, TX to Erastus C. Rogers and Melverta Woodley Rogers. She grew up and lived most of her life in Wood County, working in bookkeeping for her husband's business, Sam Long Sand and Gravel Construction. She was a member of Rock Hill Baptist Church.

Mrs. Long passed away at her home in Quitman on December 21, 2017. She is preceded in death by her parents and several brothers and sisters.