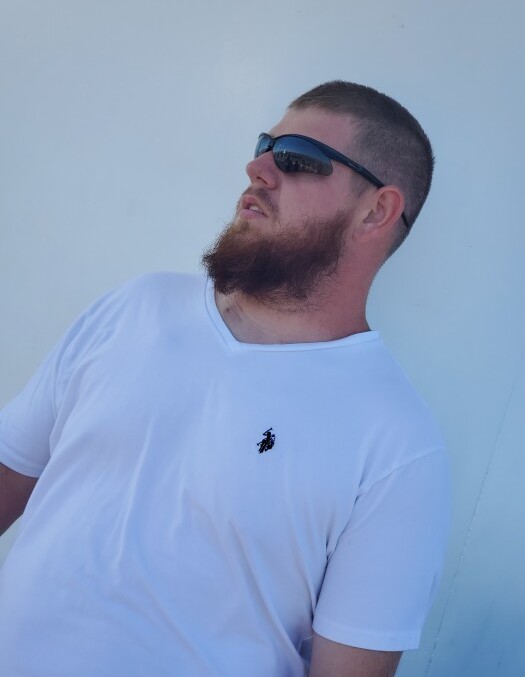 Steven Glassel, age 29, of Quitman, passed away in the early hours of June 2, 2021, at his home with his family by his side. Steven Ray Glassel was born in Arlington, Texas on September 21, 1991 to Michelle Lee Gordy.  He grew up in Arlington, where he met and married the love of his life, Kaylee.  The two were married on August 17 , 2013, and moved to Quitman in October 2013. To this union two beautiful children, Kaylen (KK) and Shane, were born.  In November 2018, their family was complete with the adoption of their son, Bentley. Steven enjoyed fishing, watching the Dallas Cowboys and Texas Rangers play, and watching UFC.  Above everything else, Steven loved being a father and was a devoted husband. He assisted in coaching his kids softball and baseball teams, and could watch them play all day. Steven attended Spur On Ministries, and was baptized with his daughter, KK, by Brother Mike Fletcher on Palm Sunday 2021. He greets in Heaven, his mother, Michelle Gordy, and his meemaw, Ruth Holiday. Left to cherish his memory is his wife of 7 years, Kaylee Glassel of Quitman; three children, Kaylen “KK”, Shane, and Bentley; father, David Gordy of Quitman; pappap, Douglas Morrow of Kennedale, TX; and several nieces, nephews, cousins, extended family, and many friends. Serving as pallbearers are Brian Morrow, Bill Quinones, Michael Dunn, Juan Salas, Douglas Morrow, Barry Read, Monty Jahrsdorfer, and Steve Harwell. Funeral service is scheduled for 3:00 PM Monday, June 7, 2021 at Spur On Ministries.  Graveside service will follow at Quitman City Cemetery.  The family will receive friends from 6:00-8:00 PM Sunday evening at the Lowe-Gardner Funeral Chapel
To order memorial trees or send flowers to the family in memory of Steven Glassel, please visit our flower store.
Send a Sympathy Card
Send a Sympathy Gift